Customer service is the cornerstone of all successful businesses, and there are some amazing stories out there of the top brands, as well as the heartwarming service that they provide to consumers. In the following few paragraphs, we have compiled six of the most unforgettable stories relating to customer service.

When Lily Robinson, a 3 and a half years old girl wrote a letter to Sainsbury’s (albeit with a little help from her parents), she didn’t realize that they’d bother responding. Her letter was concerning the tiger bread by Sainsbury’s, which she said looked very much like a giraffe. Her mother put the letters on the internet, making them viral immediately. It wasn’t long before tiger bread was renamed as giraffe bread, and Sainsbury’s also posted messages giving a nod to Lily Robinson’s original idea.

One of the most beloved game developers in the video gaming industry, Bungie is famous for its Xbox franchise Halo. When a father of a young child who had just had liver transplant surgery approached Bungie that his son could not play the newest release of Halo, little did he expect the response! A card came in the mail, signed by all members of Team Bungie with get-well wishes, and there was a custom built helmet of Master Chief (the main character), along with a bunch of other merchandise. Can’t be a better gift than that, can there?

For a child, toys are everything. Every kid grows up playing with Lego, and losing one can be a traumatizing experience to say the least. When Luka Apps spent all of his money on a Ninjago and then lost it, he was distraught. He wrote a letter to Lego, explaining his predicament, and also mentioned that he’d take special care if they would send him another one. You know what’s coming; Lego sent him the action figure, along with all of his weapons and a beautiful card too!

Trader Joe’s is very popular, we all know that. But, when an elderly man, 89 years old, was snowed in at home in Pennsylvania during the holidays, his daughter was worried he wouldn’t have enough food. So, she called as many shops as she could, and finally got hold of someone at Trader Joe’s. Guess what they did? While Trader Joe’s normally does not deliver, they said they’d be happy to deliver, and even suggested items that would fit well with the man’s low-sodium dietary intake. It took less than 30 minutes for a delivery boy to reach the man’s doorstep.

When Peter Shankman, a famous author, speaker and consultant on customer service, sent out a tweet to Morton’s Steakhouse to bring over a porterhouse steak at the Newark Airport in two hours, he didn’t make much of it. Imagine his surprise when two hours later, a representative from Morton’s drove 23 miles to greet him with a full meal at the airport. It even included silverware. Needless to say, Morton’s steakhouse posted crazy sales soon afterwards.

When Kerry Drake got on the plane on his United Airline flight, he knew his mother was dying. He also knew that if he missed his connecting flight, he wouldn’t be able to meet up with her in her final hours. As his first flight got delayed, Rake broke down in to tears. When the message was relayed to the captain, he immediately radioed in the connecting flight, which was delayed for Kerry Drake’s dying mother. He was able to meet up with his mother, who died the very next morning. What a heartwarming story of compassion, brotherhood and friendliness. Of course, everybody on the plane understood why the flight was delayed, and were happy to consent. 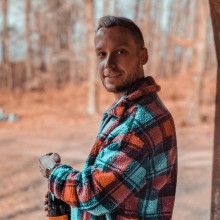 A growing focus on diversity: How to expand your business without increasing costs

More Information Accept
Please accept our cookies before we start a chat.